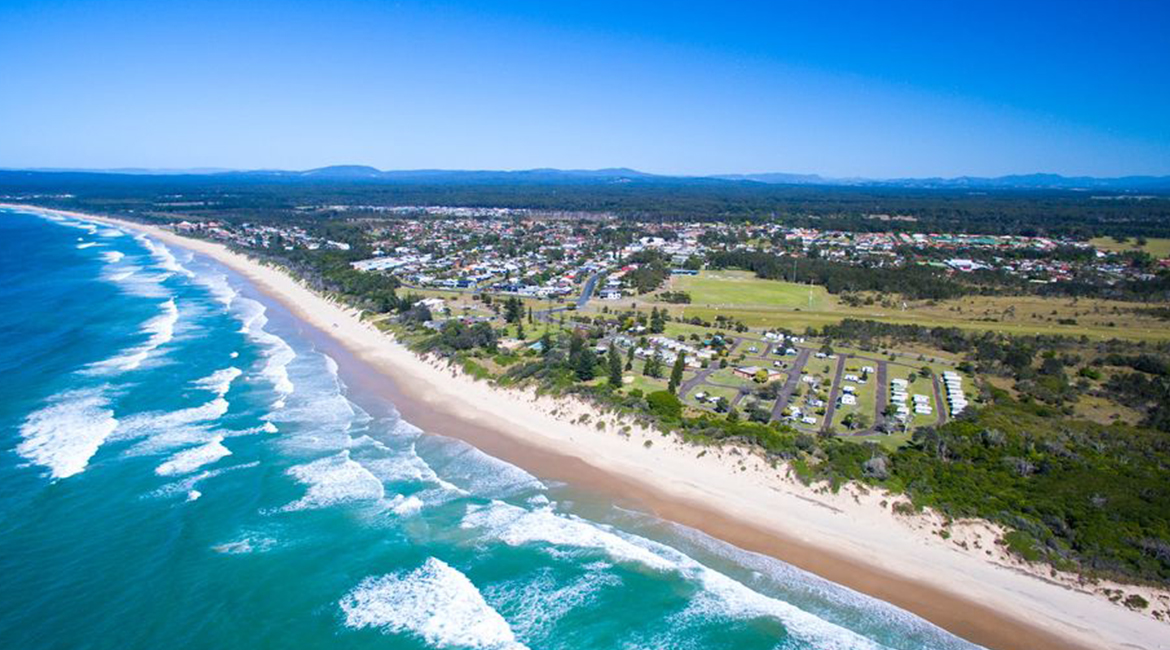 Agrowing number of regional cities and towns across NSW are in the midst of a rental crisis, as short supply and a surge in sea and tree changers leaving Sydney see rental prices soar.

New data shows that weekly rents in more than 20 regional markets have jumped by 10 per cent or more in the space of a year, with asking rents in five regions outstripping those in Greater Sydney.

The latest Domain Rent Report, released Thursday, shows rents in the Byron Bay, Ballina and Tweed council areas on the state’s north coast, Wingecarribee council area in the Southern Highlands and Kiama, have outstripped Sydney’s median rent price of $550 a week for a house.

Popular Byron Bay remains the most expensive regional market with a massive median rent of $880 – up more than $180 or 26.2 per cent year-on-year – making it pricier than most of Sydney, bar the eastern suburbs, northern beaches and north shore.

Median weekly asking rents also jumped by more than a quarter in the Snowy Monaro (28.6 per cent) and Bellingen (26.8 per cent) council areas. The Wingecarribee (20 per cent), Ballina (19.2 per cent), and the Eurobodalla (18.2 per cent) regions also recorded some of the sharpest rent hikes.

Increased demand and too little supply of both homes for sale and lease had seen rental prices soar on the Mid North Coast, said Nathan Cardow, principal of Cardow and Partners Property Bellingen.

“It’s like we’re a bicycle shop, and we have no bikes left, we’re not selling much, and we’re not renting much,” he said.

Sydneysiders looking to rent in the region.

When the coronavirus pandemic hit, a lot of landlords, primarily from Sydney, moved back to the Bellingen region, Mr Cardow said, reducing the number of homes for rent. On top of that came an increase in Sydneysiders looking to rent in the region due to the rise of remote working, and in more recent months, tenants priced out of the Byron region.

“They’re a pretty decent portion of the market now; they’re looking for affordability and say it’s just got too crazy up there [in Byron],” Mr Cardow said.

The average home in the Bellingen region, which has a median of $520, is now getting between five to 10 applications, he said, with an increasing number of tenants looking to offer above the advertised rate or pay more rent upfront to try to beat the competition.

Former East Ballina resident Belinda Nelson is among those who have had to leave their community behind, moving some 40 kilometres south to the small town of Woodburn this week.

The single mother of two teenagers – who both go to school in Ballina – went to almost 70 rental properties priced between $350 and $550 over four months, starting locally and then looking to the likes of Alstonville and Lismore. She had no luck and feared she was facing homelessness until she secured a rental privately through an acquaintance for $400 per week.

“You go to the inspections, and there are 50 people there, and they are telling me if you offer more or offer to pay six months in advance, you’ll get the property,” she said, adding the one time she did try to offer more, she was outbid.

“I didn’t have a choice, I didn’t want to leave Ballina, I moved there [years ago] to take care of mum, and now we’ve been forced out in a way, and believe me, I’m not alone; some of the stories are horrific.”

Other locals reported they had rents hikes of up to $100 a week, with some landlords attempting to lift rents by hundreds of dollars between tenancies. Meanwhile, strong competition for properties had many renters spending months trying to find a place – often resorting to sub-par properties, or in some instances a motel, to get a roof over their head.

The Tenants’ Union of NSW has been inundated with calls in recent months from regional Australians facing rent hikes they can’t afford or terminations as landlords look to sell or make way for new tenants prepared to pay more.

“We keep getting calls from people being evicted in order to make way for higher rents, and then they aren’t able to find a new home that is affordable and are accepting much lower quality and losing amenity, or they have to leave town, then there is a flow-on effect to other regions,” said chief executive Leo Patterson Ross.

A lot of people are really struggling and desperate to find a home, and that’s driving up the rents even faster because there is such demand,’ he said.

“We are seeing people increasingly facing homelessness, sleeping in their cars.”

There have been spikes in evictions up and down the NSW coast, but also in regional cities like Tamworth, Armidale and New England, Mr Patterson Ross said. Adding that on top of increased demand from sea and tree changers, some markets were dealing with already limited supply due to floods and fires in recent years.

Increased demand from Sydneysiders, combined with the rise in holiday rentals, has also seen rents spike in the Snowy Mountains, putting pressure on the supply of longer-term rentals in Jindabyne and the surrounding regions for locals and seasonal workers, said Gordon Jenkinson, principal of First National Real Estate Kosciusko.

“The supply of permanent rentals has dropped, as has the number of properties for staff; this has created a lot of drama. Over the last couple of years, we’ve had huge issues with people camping along the lakefront and in people’s yards because they can’t get find get somewhere to rent,” Mr Jenkinson said.

Landlords could pick and choose their tenants, with most properties receiving at least a dozen applications, Mr Jenkinson said. Strong competition for the limited supply of rental homes – his office has an occupancy rate of 100 per cent – meant some locals were being pushed out of Jindabyne to surrounding towns, which was then having an impact on prices there.

Originally an art school in Germany in the early 1900s the Bauhaus movement held the idea that all art and technology would be...